Stealing a March: Using Innovation to Beat the Competition

You are here:
Business Transformation 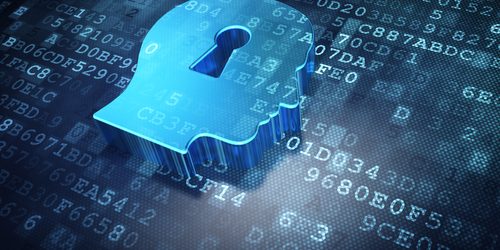 CEOs have long seen the potential for technical innovation to steal a march on their competition. Some like Google and Amazon have consummately reinvented their industries this way. Achieving the goal is however desperately difficult. What could you do to define the vision and deliver upon it?

Strategists [Ref 1] have long spoken of the “First Mover Advantage” and have researched the differential returns to organisations that lead their categories. The difference in return between those that come to dominate their category and those that follow can be colossal in terms of market share, growth, profitability and share price. Some who once were famous and lauded (Yahoo!, Ask, Altavista, AOL Time Warner) lose their mojo and are supplanted by newcomers (Google, current market capitalisation $337bn). Past success is no guarantee of future prosperity.

The ability to establish such a lead is perhaps most strongly associated with technology stocks (Apple, Google, Amazon). However, the range of organisations that has applied digital techniques successfully is so broad as almost to render the concept of a “technology” stock meaningless. Some organisation types traditionally at the end of the spectrum far from innovation, such as Government, have successfully re-defined themselves (not yet generally in the UK) to the benefit of their citizens if not the enrichment of shareholders.

The reference to the fall of the mighty indicates that there is more to success than being the first. If this were true many current leaders would never have left the garages in which they started. Many leading authors [e.g. Ref 2] turn to customer experience as an explanation of the difference. What is necessary is the establishment of a coherent process that delivers stunning value to which users flock, and works consistently end-to-end. There seems to be an important role here for the visionary leader who can paint a compelling picture of the future around which others can rally and contribute. One thing it definitely is not is an application that can be bought off the shelf. Getting there is hard. Most fail in the attempt. This makes the risks of trying great: just as are the risks of not giving it a go.

So if you are commissioned by your CEO to bring market-beating innovation to your customers, where are the issues that make this difficult? There will be situation-specific issues, but the following are often present:

Leading strategic thinkers like Hamel and Prahalad [Ref 6], Sun Tsu [Ref 7], have long held the view that the competitive battle is effectively won by out-manoeuvring your competitors through assembling competencies and strategic assets that others cannot match quickly enough.

Sometimes building these takes years. Sony’s early work on miniaturisation that led to the Walkman was cited. Google’s work on search algorithms is notable today. In The Black Swan, Taleb [Ref 8] talks extensively of discontinuous change and the shocks that result from this. He holds that this is easy to trace in retrospect, but entirely impossible to predict. His reasoning is that such change needs many elements to come together at the same time for the change to be effective. A manager in the middle of it may know that there is a gap, without knowing where or when someone will invent a solution. He calls this “the scandal of prediction” and is entertainingly rude about those who claim prescience. In his view, history is not a smooth accumulation of experience; it advances in jumps, facilitated by the arrival of the last piece in the jigsaw. The launch of the PC took a vast number of components to be in place from the transistor through software to hard-drives and networking. Return flows disproportionately to those who make the final connections to deliver a marketable product.

The elements that are necessary to build such competence successfully [Ref 9] include:

To this list, I would add a competence in delivering transformational change. This brings the stakeholders together and enables the factors above to be managed coherently.

I am convinced that one of the most common causes of failure is to start with a technical component, and build backwards to see what else is necessary to make it work and to justify it. The component may be big data, analytics, mobile, or any other flavour-of-the-month. This is not to discount the contribution these can make when applied well. The sound-thinking approach is to start with the definition of the problem to be solved and then pursue a benefits-led approach to seek the most effective route to solving it. If you do this, you will be far more likely to deliver value and realise your vision than those that pursue the first approach. When you next see such an attractive bauble, ask yourself “what does this tell me about the problem that I am trying to solve?”

Some years ago, an examinations board engaged me to first conduct an experiment in on-line marking. They faced a problem in that shifting paper scripts around the world to get them marked and those marks validated took transit time and was prone to loss, so they could not deliver the results as quickly as the schools and universities wanted for admissions. My team built a pilot application to run this for them, and in the course of testing it with examiners and scripts, we found a far greater benefit than the transit time expected. We could detect wayward marking, the bane of an examinations board that strives for reliability. At the time of this work, the critical dependency was on the speed of broadband accessible to the examiners. By testing at a small scale, we learned much of what the examiners and the overall process needed for success, enabling later progress to a full development and deployment. Although facilitated and supported by technology, this was led by the examinations board’s operational and research arms, who would later have to make it work in practice. IT was the supplier. This is almost invariably the right relationship.

So if you are a leader charged with delivering disruptive change, you have the proverbial Chinese “Crisis = Dangerous Opportunity”. Your best approach is to look to the outside world for potential, and to your customers experience for definition of the value. The risk flows centrally from uncertainty regarding your ability to assemble all the necessary components to form a coherent solution.

Expect opposition from within your own organisation if you are a market leader and risk the loss of current revenue. Against that, if you do not take the lead, you can be sure one of your competitors will before long. The delivery of such a transformation rarely if ever happens by accident, but by hard and concerted graft. Are you up to it?

This article was first published in Outsource Magazine 2013 November 13 and is reproduced with permission.

A Contract to Transform
16th February 2015

Time for CFOs to Focus on Behavioural Change: the Key to Sustainable Cost Transformation
31st March 2014