A Contract to Transform

You are here:
Business TransformationOutsourcing and Service Management 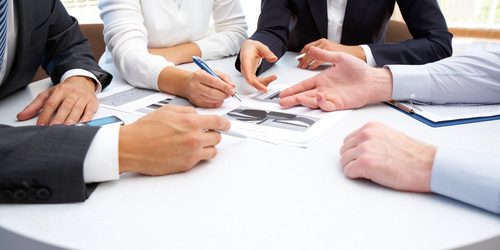 The UK government has been shocked by the weaknesses in its commissioning and contract management of services revealed by the G4S and Serco incidents. At a time that both public and private sectors depend ever more heavily on their service suppliers, what are the lessons to be drawn?

In July 2013 serious malpractice was found in contracts for the electronic tagging of prisoners released under licence and monitored by G4S and Serco. Ministry staff working on the competition for new contracts discovered data anomalies and separately a whistleblower reported their concerns about operating practices at G4S. The Ministry commissioned a forensic audit of the contracts in May 2013. The Secretary of State later announced that he was referring the matter to the Serious Fraud Office (SFO) [Ref 1]. Lurid tales of charges being levied for services delivered to people who had died, been returned to prison and other egregious reasons soon painted the pages of the press.

The UK government is heavily dependent upon sourced service provision. The National Audit Office (NAO) [Ref 1] estimates that in 2013-14, £40bn was spent on sourced goods and services, representing 35% of public procurement. The efficiency with which these services are managed has a significant effect on government finances, and thus the taxes citizens are asked to pay. A comparable picture is seen in many commercial organisations. For comparison purposes, the Office for National Statistics reported central government current account expenditure of £232bn for 2014 [Ref 2].

Government and its suppliers were humiliated by the laxity with which major contracts were managed. The NAO sought to establish whether the weaknesses in the management of these two contracts were isolated or common. Sixty contracts were examined for overbilling. Thirty-four had issues to some extent. Five contracts have been referred to the police or the Serious Fraud Office. £179.4m was repaid by G4S and Serco after identifying overbilling. In a wider examination of 73 contracts, 584 operational aspects were assessed of which 343 were found to be weak: “Given the flaws in contract management controls across government, it is in our view probable that other instances of overbilling have occurred across government’s wider contract portfolio. We cannot be sure of the extent of such overbilling or whether it is material.”

The NAO conducted a separate investigation [Ref 3] into the most centrally affected departments, the Home Office and Ministry of Justice. This gave a review of the state of change within the departments, in preparation for inquisition by the Public Accounts Committee. On the whole this addresses similar issues to the first NAO review, the scope being more particularly these two departments. It reported a useful observation on competence being related to familiarity: “A general risk factor is the extent of public sector experience in the contracted-out service. For example, we understand that there are fewer problems in prisons, where government has operated facilities itself or outsourced for many years, than in electronic monitoring which has not been supplied from within the public sector.”

Whilst much private-sector commercial management undoubtedly avoids these failings, there is no scope for complacency in either domain. Those in the private sector should be thankful that we avoid inquisition by the Public Accounts Committee, to which these contracts were exposed.

The weaknesses exposed by the Cabinet Office investigation were:

Some of the most significant quotations are:

“Contract management has been seen as a way to avoid things going wrong, rather than unlocking value…This means designing policies it has the capability to deliver.”

“Systems of governance have focused on approving new projects, as if government’s responsibility ends when the contract is signed.”

Beyond the ringing cry of “Never Again!” government has established a transformation agenda, into which the changes from this debacle play. This includes several factors common with commercial organisations as well as some that are peculiar:

There has long been a tradition of policy swinging between extremes in government. The early Service Integration and Management (SIAM) attempts showed government that managing such constructs is not easy. A recent Public Accounts Committee report [Ref 4] acknowledged “It must also make sure that all suppliers have effective internal controls commensurate with their size and responsibilities at simplifying and accelerating the procurement process.” This is about as close as they come to stating that it would be a good idea if the suppliers selected were capable of delivering what is needed.

The NAO in conducting their reviews took the classic auditor’s approach of comparing observed action with a framework that represents good practice in contract management. In this case, OGC commissioned a couple of un-named external consultants to define this in 2008 [Ref 5]. There are many such frameworks around and this one is reasonable. Such approaches help to ensure that everything that needs to be done is addressed. Any such model has its strengths and weaknesses.

The review found that data and approaches were best developed in the field of financial management. Recommendations included an emphasis on open-book accounting which has been well used in some areas, but is not something I would generally advocate. It is easily manipulated by suppliers, is expensive and requires such a high level of skill in scrutiny that it is rarely operated effectively. Other approaches such as periodic benchmarking and maturity review are more generally effective.

The Public Accounts Committee alighted with enthusiasm on a contrite statement made by the Group Chief Executive of Serco as the rack was tightened: “there should be a new dispensation, a new way of thinking about how companies do business with the government, which is that companies owe a duty of care to the taxpayer.” This was elevated to prominence in their summary.

One can simultaneously hear the cries of “oh, that would be wonderful!” from the committee and the despairing thud of skull on table from the commercial folk present. Ethical operation is essential; just do not rely on it as a substitute for effective governance. They are more likely to succeed if the measures and incentives are aligned to the delivery of business benefit, and attention is paid to holding people to account through well-formed governance processes and structures. Unless you put in the work, you will not get the benefit. The return on investment can be significant.

There were some curious statements made about government’s ability to develop and retain competent contract management staff. This focussed on the policy shackles that are perceived as preventing government paying a commercial rate to able people, thus being at a permanent disadvantage with respect to the private sector. This seems to overlook the fact that every HR director has a continual struggle with staff recruitment and retention. There are cyclical shifts; in recession government offered higher rates than much of what was available in the private sector.

Policy constraint does not wash as a justification in itself. What is more likely is that the immaturity of contract management in government means that too many departments put such a low value on the role that an inappropriate grade of staff is hired. Unfortunately if this is the root cause, hiring in contract management as a service may also sacrifice quality to the cheapest bidder.

Most private sector organisations face an imbalance of power between their own staff who rarely go through major outsource service provision and supplier commercial staff who do it all the time. The normal approach is to hire in a sourcing advisor to restore the balance. Such assistance is most frequently for the short-term sourcing phase, and occasionally to establish a stronger on-going contract management capability. On-going operation is then passed to permanent staff who may have been recruited as part of the project. The greatest overall benefit to the customer comes from effective contract management and governance over the life of the agreement, as the reports acknowledge. Constructing good governance and practice in an organisation takes time, effort and expert guidance.

Both government and private organisations suffer weaknesses in contract management. Most private organisations keep their indiscretions quiet. The advantage of such public investigation is that they can provide powerful incentives and immediate facts from which to learn. All should do so, for as the NAO found:  “The government will not get value for money from its contracts until it improves contract management.” The same may well be true for your organisation.