The Failure of a Service

You are here:
IT and Outsourcing DisputesOutsourcing and Service Management 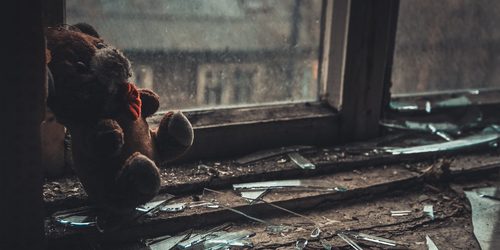 Summer 2014 has seen the spectacular failure of a number of services. Some important lessons have been drawn from these. What are they and how should they affect services and the way they are run?

We all make mistakes. One of the key differentiators for service suppliers is the way that they recover from them. The best suppliers know this and use the effective recovery of failure to show that they care and are eager to learn. This can be powerful in building customer loyalty.

The examples that prompted my thinking on this subject started with the June 2014 resignation of the fourth recent CEO of troubled service provider G4S. This followed the 2012 Olympics security staffing fiasco and the over-charging of the Ministry of Justice for tagged prisoners. Some prisoners for whom charges were levied were dead.

Malaysian Airlines has had a torrid time recently, not all of its own doing. On March 8th 2014 flight MH370 disappeared with the loss of all 239 on board. The management of the incident did not reflect well on either the airline or the Malaysian Government. On July 17th flight MH17 from Amsterdam to Kuala Lumpur was shot down over the Ukraine with the loss of 297 souls. A Malaysia Airlines’ senior official said the flight route had been declared safe by the authorities, was being used by many other airlines and was not subject to any restrictions. The airline has also suffered from operating losses and has been bleeding cash for years, Reuters in March reporting that low-cost Asian competitors were hitting its finances hard. [Ref 1] On 2nd September the company announced 30% staff redundancy in a restructuring plan. [Ref 2]

Bad though these are, the case that has dominated British headlines recently has been the provision of child protection services in Rotherham, Yorkshire. A thorough investigation into the issue has recently been published [Ref 3]. A review of the report is highly recommended for all concerned with service provision, even for those like me who have no professional interest in social services. It is on this report that I focus as the quality of the investigation and the clarity of reporting are high.

Rotherham is a town close to Sheffield in the North of England. It has suffered from the decline of many industries, principally steel-making. Whilst there has been some recovery, it still has higher than normal unemployment and dependency on state benefits. It has a high immigrant population.

It is likely that there has been a high level of child sexual exploitation in the area for years. The issues under investigation focused on the organised and widespread grooming and exploitation of vulnerable children, many of whom were under foster care, in council care or were otherwise vulnerable. In 2008 the Police launched an investigation that identified the organised sexual exploitation of children by men of Asian extraction. Five were sentenced for multiple offences in 2010. “It is difficult to describe the appalling nature of the abuse that the victims of sexual exploitation in Rotherham have endured over the years. Victims were raped by multiple perpetrators, trafficked to other towns and cities in the North of England, abducted, beaten and intimidated.” The investigation estimated that 1400 children suffered sexual exploitation over the 16 years addressed. Although irrelevant here, fears of potential racism were pertinent to the case.

The council and police are under statutory duties of care to provide support services to children and others in vulnerable positions. There had been three previous major investigations and reports into this area in Rotherham (2002, 2003, 2006) in addition to the serious case review of a murdered child in 2012. The report concluded that no senior staff could claim to have been unaware of the situation.

This particular investigation was directly sponsored by the Chief Executive of the Council, who required weekly progress reports during its conduct. It sought to establish if the council should have done more to prevent sexual exploitation and provide a more effective service. It was professionally conducted by a careful researcher who cites the evidence for assertions. Matters specific to child care are of course vital to the issue but are omitted here as irrelevant to more general service users.

A recurring theme of the investigation is that unless staff at all levels act with accountability and are held to do the same, confusion will reign. Within good service management, this appears in a number of frameworks including COBIT and the quality ethos that underpins ITIL. In Rotherham poor accountability was seen in:

Lack of clarity in roles and responsibilities – One of the major flaws in inter-agency meetings in the early years was confusion of responsibilities for strategic responses and decision making on individual children.

Indifference and ignorance on behalf of senior managers – Responsibility was continually placed upon the shoulders of young victims of exploitation rather than on potential abusers. More energy seems to have gone into denying previously given evidence and recommendations than in acting upon them. On occasions this took vicious and personal forms. Those alerting senior staff to the scale and severity of abuse were met with disbelief and given little managerial support for their good work. “One person said of the past ‘the people above just didn’t want to know.”

Shared and diluted accountability – At times the organisation of the service featured huge and unwieldy coordinating bodies. These were slow, indecisive and hid individuals from accountability for outcomes. “An issue or responsibility that belongs to everybody effectively belongs to nobody… Accountability was key.”

Escalation and information to superiors – “For much of the time, senior officers did little to keep [elected] members fully informed of the scale and seriousness of the problem, on occasion telling members they believed it was exaggerated.”

Poor quality investigations – Investigations (notably Ofsted 2006) gave misleading reassurance to senior staff regarding the quality of services. These assurances were unsupported either by evidence or by qualification “and may have served to give false reassurance to those running the service.”

Inappropriate direction – A researcher found shocking treatment of one of her subjects (a victim of exploitation) and brought this to the attention of first her managers then the Police. She was severely criticised by Councillors for doing so.

“Even more significant is the apparent lack of effective scrutiny exercised by these several groups or bodies, and least of all by the Scrutiny Panels. … Rarely does it appear from the minutes that councillors have held officers to account by checking the evidence for proposals or asking whether their ends could be met in other ways.”

Significant reports not appropriately acted upon – Three significant reports preceded the 2013 enquiry. The appendix of the latest reproduces recommendations from those preceding. Reports showed clear associations between sexual exploitation, drugs, gangs and violent crime in Rotherham in the period. There is no record of any formal, specific discussion of these reports in Council papers or other minutes.

Poor supervision – The quality and frequency of supervision was frequently and widely seen as inadequate.

The Director of Safeguarding (2010-11) described what she found on taking up her post. There were significant vacancies; many agency staff were being used; there was a lack of management oversight; poor accountability for casework; poor monitoring of unallocated work; poor monitoring of assessment times; quality of practice was generally weak and the complexity of cases was very high; the quality of professional supervision was poor, sometimes provided by managers who were not social-work qualified. Staff were overwhelmed and disempowered and felt senior staff were ‘invisible’.

Inspections and external reviews identified consistent failings including poor record keeping, late reports, poor quality assessments and referrals and weaknesses in performance management. Some services were in short supply, compounded by high vacancy levels. The Council did not fully appreciate the levels at which core services were operating.

Risk management – There were significant weaknesses in risk assessment and risk management. Those at greatest risk were inconsistently assessed.

Rotherham Council, police and associated agencies have had a torrid time. It is entirely right to hold those accountable to public scrutiny. If this involves a roasting by well-briefed journalists on air, that is as it should be. Thankfully few of us who run IT, BPO and associated services are subject to such scrutiny. We should be prepared for such oversight. This tragic tale has much to remind all of us particularly in the area of evidence based scrutiny and realistic risk management. The fact that none of the lessons, is new to the proponents of good practice serves only to point out the consequences of failing to do ALL that is necessary and doing it well.

Those who cannot remember the past are condemned to repeat it.
George Santayana

Managing a legal dispute arising from a failed IT project: Part 2
19th January 2021