Managing a legal dispute arising from a failed IT project: Part 2

You are here:
IT and Outsourcing Disputes 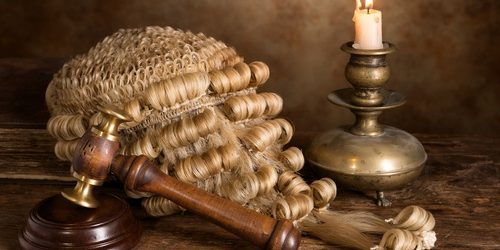 In previous articles we looked at the common reasons why IT projects go wrong and the steps parties can take to manage a project which is slipping off track. In this two part article we consider the resolution of a dispute through legal proceedings. In part 1 we covered the fundamental issues of preparation, issuing proceedings and evidence. In this part we will look at settlement negotiations and the trial.

Settlement negotiations take place outside the court timetable. Whilst the court encourages parties to take steps to settle the dispute before trial if possible, the Judge will not make a direction compelling the parties to follow any structured settlement process,1 although there may be an order that the timetable to trial be suspended or stayed for a short period to enable the parties to consider settlement without also incurring the costs of the ongoing proceedings.

In practice the parties often make attempts to settle the dispute on several occasions during the conduct of the proceedings. There may be initial discussions prior to commencement of the proceedings and then further, more engaged discussions after exchange of statements of case and evidence when each party can form a clearer understanding of its opponent’s case.

As trial approaches, attempts to settle may become more urgent. Significant costs may already have been incurred, but costs will increase steeply in preparation for and attendance at trial. The risks of losing may come into clearer focus. The likely paying party may be considering how the payment will affect its annual profits. There may be imminent reporting requirements. Insurers may have a part to play in decisions.

Frequently, therefore, there is a push to attempt to settle in the weeks prior to the start of trial, often through mediation. This involves the joint engagement by the parties of an independent third party who will attempt to facilitate settlement. The mediation often (although not always) involves the parties setting aside a day for discussions. Decision makers of the parties (and their insurers) and their legal representatives will attend a series of meetings with each other and the mediator to attempt to reach common ground. The mediator will also attend meetings with each of the parties separately to encourage compromise and consideration of commercial ways of settling the dispute. In the current climate, virtual mediations may be split into a number of shorter meetings spread over several days to reduce “virtual fatigue” and to allow the mediation to have the best chance of success. In addition, for the mediation to be a success, the parties will need to ensure that its attendees have a genuine willingness to attempt to settle the dispute and the requisite authority. The mediation is without prejudice but after judgment a Judge may enquire about the parties’ engagement in mediation and settlement discussions generally and a party which unreasonably refuses to engage in settlement discussions may be penalised in costs.

If the dispute does not settle, the parties will be required to attend trial to present their evidence and legal arguments to the Judge.

In a large dispute, preparation begins many weeks before the trial commences and will involve intense activity in marshalling the legal arguments and bringing to the fore the evidence on which the party wants to rely. There may be hundreds of thousands of documents in the parties’ disclosure but only a fraction of them will be drawn to the Judge’s attention.

The parties’ legal team will prepare written submission to be exchanged and filed with the court a few days before commencement of trial. These will set out the parties’ legal arguments in detail with reference to authorities2 and will highlight the evidence to which the Judge should pay particular attention. The parties will also agree a trial bundle which will contain the parties’ statements of case, witness statements and experts’ reports along with key documents from disclosure. The documents in the trial bundle will often, at least in part, be in electronic form. This assists the efficient conduct of the trial as document management tools such as hyperlinks, bookmarks and effective search processes can save considerable time. In addition, disclosure in IT disputes often includes some documents created using specialist applications which cannot easily be reviewed in printed form.

The parties’ legal teams must be well prepared, with an understanding of the legal arguments and knowledge of the documents. Often there is a requirement to locate a document in short order, for example if it is relevant to something said in cross-examination by a witness or expert.

Witnesses should also be familiar with their evidence. The legal team are not permitted to assist a witness by organising any form of mock trial or expressing any view as to how a witness should answer a question. The legal team can, however, encourage the witness to prepare thoroughly.4 This will involve deep familiarity with the witness statement and as clear a recollection of surrounding issues as is possible in the circumstances.

Similar points apply in relation to experts, who should also be thoroughly prepared. They may be familiar with the courtroom environment, but they must ensure they are familiar with their expert reports, the foundation of evidence and the context of the issues they cover to the overall dispute. The statements of case and matters discussed at meetings of experts can provide insight into areas of their own report that are likely to attract attention in cross-examination. Where an expert has relied upon the efforts of others in forming an opinion, that expert must not only be in full agreement with the conclusions but also be completely familiar with the workings.

Whilst the trial is the culmination of months or years of preparation, it is not uncommon for there to be further activity on some of the stages set out above. Parties often make last minute amendments to statements of case; disclosable documents may come to light at the eleventh hour and there may be service of supplemental witness statements. During lengthy trials there may even be supplemental experts’ reports served during trial to take account of evidence presented to the court earlier in the trial.

In many cases, a party wishing to introduce new evidence or legal arguments will have to seek permission from the Judge, but such requests are often granted if the late deployment can be explained and the other side has the opportunity to respond. This late provision of evidence or changes to legal arguments can give rise to suspicion, but in many cases the issues will have moved on considerably from the initial exchange of statements of case. The introduction of new material is both a function and a product of the development of the dispute and the legal teams’ continued consideration of the emerging evidence.

It is important for the parties and their legal teams to stay focused throughout the trial to ensure they are aware of all the issues and they are not wrong-footed by reference to documents or the introduction of legal arguments which have not been subject to their prior deliberation.

This article was first published in Computers & Law, the magazine of the Society of Computers and Law. It is reproduced with permission.

Lee Gluyas is a partner at CMS who specialises in managing disputes in the technology and telecoms sector. He is a member of the Society of Computers and Law and can be contacted on +44 20 7524 6283 and lee.gluyas@cms-cmno.com

Stephanie Woods is a Senior Associate at CMS who specialises in disputes in the technology and media sector. She can be contacted on +44 020 7067 3239 and stephanie.woods@cms-cmno.com

William Hooper acts as an expert witness in IT and Outsourcing disputes and a consultant in service delivery. He is a member of the Society of Computers and Law and a director of Oareborough Consulting. He may be reached on +44 7909 958274 or William@Oareborough.com

1. Unless, perhaps, there is a provision in the contract requiring the parties to attempt to settle by way of mediation prior to the commencement of proceedings and they have not done so.

2. Such as case law, statutes and authoritative legal texts.

3. As ever, there are variations – there may be “hot-tubbing” where the experts are cross-examined at the same time, or the experts may each be called several times to deal with separate issues.

4.  A number of organisations provide witness familiarisation courses to help witnesses prepare for attendance at court by apprising them of the processes and advising on communication skills, with no reference to the facts of the dispute in which they are to provide evidence.

A Stitch in Time: recovering distressed IT projects
26th July 2022