You are here:
Forming Service RelationshipsOutsourcing and Service Management 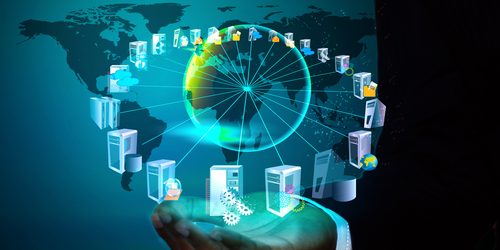 Service Integration and Management (SIAM), also known as multisourcing, is all the rage. What is the essence of integration, what do you get from it and how do you make it work?

I am suspicious of fashion, as anyone who has seen my wardrobe will attest. That there is a new management fad promotes interest in why it has arisen and what benefits it brings. It is not in itself a valid reason to adopt it. Pity those in sectors where a regulator imposes one model to fit all. It often appears that their rationale is unlikely to coincide with your benefit. Adopting a mode of apparel on the grounds of fashion may be forgivable, even elegant. Adopting an operating model on these grounds is neither.

In days of old when the mighty titans of IT ruled supreme, before the Indians had emerged from the primordial data-centre, the rule was that one outsourced to a big company who did everything for you. One-throat-to-choke.

There was then little discussion of service integration. It was just that the one party was accountable for everything. Sometimes the costs for this were reflected in an un-specified element of the monthly charge, discrete from transactions such as desktops supported, MIPS delivered. It is argued by some that multi-supplier management has been around for years in happy obscurity. Yet, the emphasis on integration and contractual forms are new.

As cloud services and shadow purchasing emerged, some private sector innovators started to break up the old contracts and integrate themselves. At first this was done by the larger, better resourced and generally competent IT groups. The integration activity seemed to be large, expensive, non-transactional and of doubtful value to those who followed.  A great target to cut.

One of my first jobs as a freshly-minted graduate engineer was in the integration group of a machine design and development facility. Photocopiers and printers were designed as sub-systems: optics, document handling, output, electronics, software. The integration group was charged with ensuring that all the sub-systems worked effectively as a unified whole.

The task of integration is a challenging one. In machine design, one starts by specifying the functional requirements, envelopes (space constraints) and interfaces for the sub-systems. The elemental teams go off to do their bit and pretty quickly come back asking for changes so that their sub-systems can do what is needed. A little more space here, a peak power requirement there, a tweak to the interface. Design is an iterative process. Anyone who believes that perfection can be reached in a complex machine or integrated service suite when the design is still on the page (e.g. after proposal and contract) is sadly deluded. Anyone who believes that perfection, once reached, will remain immutable is similarly one core short of a processor. Businesses change. Good plans and contracts are still important and serve as the basis of change, just recognise their limitations.

The services in an IT suite deliver value to users when they are used. Service integration is one step removed from transaction processing. It does not in itself represent value delivered to users. Engineering in general has discovered that some degree of control and coordination are required if the bits are to work coherently as a whole and thus for the service to function at acceptable levels of risk.

ITIL suggests the definition of service management as “a set of specialised organisational capabilities for providing value to customers in the form of services.” Value is in turn seen through the achievement of business objectives. ITIL has not yet defined “Service Integration”, although the publication committee have doubtless spotted the opportunity to increase the library by another book, umpteen courses and doubtful qualifications to do so. The rest of us just do it.

I suggest the following as desired outcomes of generalised service integration:

The over-arching business objectives of going to a multi-supplier model are likely to include elements such as agility, economy, business alignment, speed of reaction and management of operational risks. For the more generalised control objectives for IT, the most useful starting point may generally be found in COBIT [Ref 1].

Whilst the above outcomes could equally apply to any model of service delivery, there are some challenges that become particularly acute where there are multiple suppliers:

I am occasionally reminded of what I was taught long ago in lectures. The research of Professor Henry Mintzberg was seminal at the time of publication [Ref 3]. He reviewed the great expanse of literature on organisational structures and control mechanisms. Much of what he found is usefully informative of multisourcing arrangements, as it was in its original context of corporate organisation design.

Mintzberg identified five types of control mechanism and found them variously applicable to different parts of the corporation:

If measures and performance matter, it is wise to base the selection of these at least party to promote the behaviours and types of control that you wish to see as well as the outcomes you wish to attain.

The appropriate use of any management model is to bring clarity to the question “what are we trying to achieve here?” and thus “how best should we go about it?” and finally “How do we control it when we have it?”

An attempt to define the desired outcomes for generalised service integration has been made earlier in this article.

As to the how, the typical multi-supplier model includes the following elements:

Applying Minzberg’s approach to these one sees:

What many customers often appear to want is complete flexibility, characterised by the “adhocracy”. This they never see. Yes it is immensely creative, but it is also chaos on legs. It never does the same thing twice, a direct consequence of its creativity. If once they had this, they would instantly fire it for non-conformance. It can be brilliant, but awful too.

The essence of integration work is that it is focused on the outcome far more than the means. This is difficult to specify in terms of input resources, and thus to cost. It is difficult to measure in terms of transactions and outputs, so output-based pricing is tricky too. This makes lawyers and financial modellers nervous (if they look at it at all). If however outcomes such as lost service hours from failed change are used, it is far easier to measure the value delivered by SIAM. The alignment of interest would suggest that contracting on outcomes is the way to go. This takes a degree of confidence and experience, making input-based (rate card) pricing look more attractive to many. I can suggest; the choice is yours.

At the heart of effective operation has to be sound management, governance and judgement. If your organisation is one of those that turned to SIAM because it recognised (or was told) it lacked these three graces, you have a conundrum. The likely outcome is that you will find that the small number of talented and qualified people you need to exercise judgement is expensive, but it may just be worth it.