A Letter at Christmas

You are here:
Other 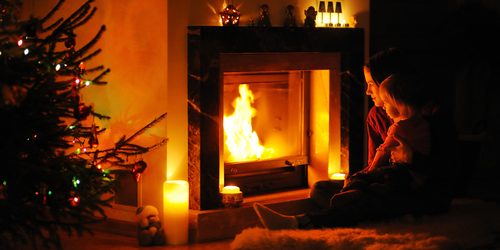 It is a cold December evening. Manchester’s wind is raging on the window of my hotel, tears running down its face. A sad end to a good day. It was good to share a meal with you on Sunday, distracting you briefly from your university studies. As we spoke about your hopes and search for a job in IT, it made me think of how matters have changed since you were a babe in arms. What does the future hold for you as you step forward and make your way?

In 1995 you joined us and we became a family. You turned us upside-down delightfully. Nobody can ever fully prepare for the changes that their first-born brings. The centre of life and all priorities are changed. Survival and the next meal/nappy/sleep are all that matter. How you changed over the years. Now you stand above me.

At that time life seemed so certain. The old great companies occasionally re-branded, jockeyed for their place in the race, but change seemed predictable (at least with hindsight). I had grown up with computers, encouraged by your grandfather who knew their importance without ever making them work for him. He could not cope with their being built on a mental model that he did not share. You have been trained by Bill Gates and Steve Jobs to suspend disbelief for long enough to go with the flow and make the confounded things work.

Both your grandfathers worked internationally. My father spent a few years in India when recently qualified. The economy in the UK was dead at the time, so he went to Calcutta. Your mother’s father (from whom you take your name) spent years in the gulf designing and building hospitals and universities. We are an island nation, outward-facing. We trade and move. I have worked all my life in international companies or with similar clients. No European can long survive in isolation and I hope that you will build an international network of friends and colleagues with whom you prosper. You will need to find your own home and comfort in a changing and migrating world. Do not fear it. Make the most of it and shape your future. During your time you will almost certainly work abroad and with people from other cultures. This enriches all involved.

There has been a degree of global competition for centuries. The extent has grown immensely with the fall in air travel costs and the growth of bandwidth. As I started work, many services were locally defined and provided: the law, accounting, computing. There was some outsourcing of operations such as IT, security and catering in some organisations. The barriers of distance and organisation have broken and the rate of change within companies and their service providers is commensurately huge. It is difficult to see where this will stop; the history books suggest it will accelerate if we do not blow ourselves up or fry the earth. The challenge for you as you set out on your career and seek an organisation with which to get started is that many of the positions in which a young graduate would have started are now outsourced.

Wherever you look, seek quality. Unfortunately many are good at putting a good gloss on shoddy operations. Their rigour is skin-deep. With experience you will learn the signs. Do actions reflect the written procedure? Is the operation tidy? All those times we told you to tidy your room as a teenager had a reason – it is nigh impossible to move quickly and efficiently in a mess. This affects companies and service operations just as much as it does boys. Both are slow to learn. Some day you will come across a bunch of zealots called “Lean Six Sigma”. They will take you through the maths and the logic. The bottom line is chaos in: chaos out. You need to learn good habits as the foundation of your career. The best source of this is an organisation that does things well, sets and maintains high standards, knows good practice and applies it intelligently. This applies equally to customer, supplier and manufacturer.

One of the indicators associated with quality is commercial success. All bar one or two of the old western-based outsourcing suppliers are in a torrid state. Their business models are broken and they haemorrhage cash. The customer accounts of the old suppliers turn a loss; they seek to cut costs and that results in quality going too; the customer withholds payment. Such a sequence of failure is a horrible place for customer, supplier and staff to find themselves in. When seeking a job, look first to an organisation that is succeeding in turning a decent profit. When I was at university, I was sponsored by an organisation that went bust during my first year. It was a sad and failing place. They were out-competed by less complacent organisations following a brilliant initial innovation. The same condition brutally faces many service providers and customers.

The world into which you are about to launch yourself is a tough place. Living in a nice part of England, you are better placed than most. Pity your peers in Italy and France where restrictive practices and labour laws make employing the young a rash decision for most businesses. Let alone those in West Africa. You have grown up in comfortable privilege. You are at university with the opportunity to build your advantage. Those I pity in this fast world of competition are those less able to take advantage of what change brings: the poor, the illiterate, those with undesirable or redundant skills. Last night as the wind and rain hammered my warm hotel window there were many sleeping on the streets of Manchester. It is a duty of those with advantage to look after others. Doubly so for those denied Christmas warmth. The politicians rightly seek to pull all those in education up to the level of the best. The price of failure in this is the prospect of civil discontent on a massive scale and dystopia. Ten years before you were born there was a massive and violent struggle between the coal miners and UK government. There are now enclaves within the UK where generations have not worked and illiteracy is endemic. There can be little surprise that the politics of the far right should fester in such dark corners. Outsourcing (and particularly off-shoring) risks stirring a poisonous reaction if it is seen to contribute to the problem more than the solution.

In the nineteen years since you joined us, you have changed so much, yet remain the same. You have changed your mother and me too. At school, your teachers cared for and nurtured you as we sought to at home. At university you will see less of this; in work it is rarer still. We all have to take and maintain the initiative in building our own skill and professionalism. Nobody will tell you off if you neglect it; you will just quietly see the world move on, leaving you isolated and diminished.

Companies and journals speak much of “innovation”. The meaning is often obscure, shrouded in vague impressions. There are few meaningful commitments. What most really seem to be interested in is the ability for their partner to take them forward in a manner that delights, transforms and gives a competitive edge that had not been imagined before. This is a source of extraordinary value. Those who innovate have to be secure in themselves and in their relationship with those they seek to help. Much innovation is risky. Question, be inquisitive, strive to improve and never give up.

We have sought to treat you with respect and to listen to your needs and opinions. You have in turn delighted us in the way that you treat others. In your politeness and consideration you have won friends and affection. As a technologist, much of your work is with machines. Do not overlook the people, for this is a significant element of the value that you offer and has a huge effect on others’ openness to you and your contributions. Your attitude is vital in this and gets noticed: your attention to delivering things right first time; your speed; energy; enthusiasm; focus; grace and humour. We see this in companies too. The surly waiter or guard is despised. None of us feels sunny every morning, this is a time for discretion.

You have consistently and quietly been generous. By first giving, you build a network that is well-disposed towards you and is in your debt. When you need help, they are there to help you. Think of your grandmother, who now grows frail. She has a village to look after her, remembering the many little gifts and kindnesses over the years. We all suffer tragedy and adversity to some degree at some time. When last I did, help came from some unexpected quarters when needed most. This creates a debt that will never be forgotten and will be gladly repaid many times over.
Companies have shorter memories as people move. The recollection of good deeds can also be erased by disappointment and decay over time. Dangerous misunderstandings can arise between customers and suppliers where one thinks they are going above and beyond to build up credit, whilst the other sees serious shortfalls in some other area of the service. Performance in one does not normally earn forgiveness of the other.

As Christmas approaches and we gather around the dining table, let us look forward to talking further about the past, the future and how best to steer the shoals and opportunities it presents. We shall give and receive with warmth and happiness. This is time to suspend thoughts of fearsome competition for grades, clients and their interests. Delivering value is vital at all other times. I shall settle for a little gentle company and love wrapped up around the Christmas tree for a week or two.

This letter was first published in Outsource Magazine and is reproduced with permission.